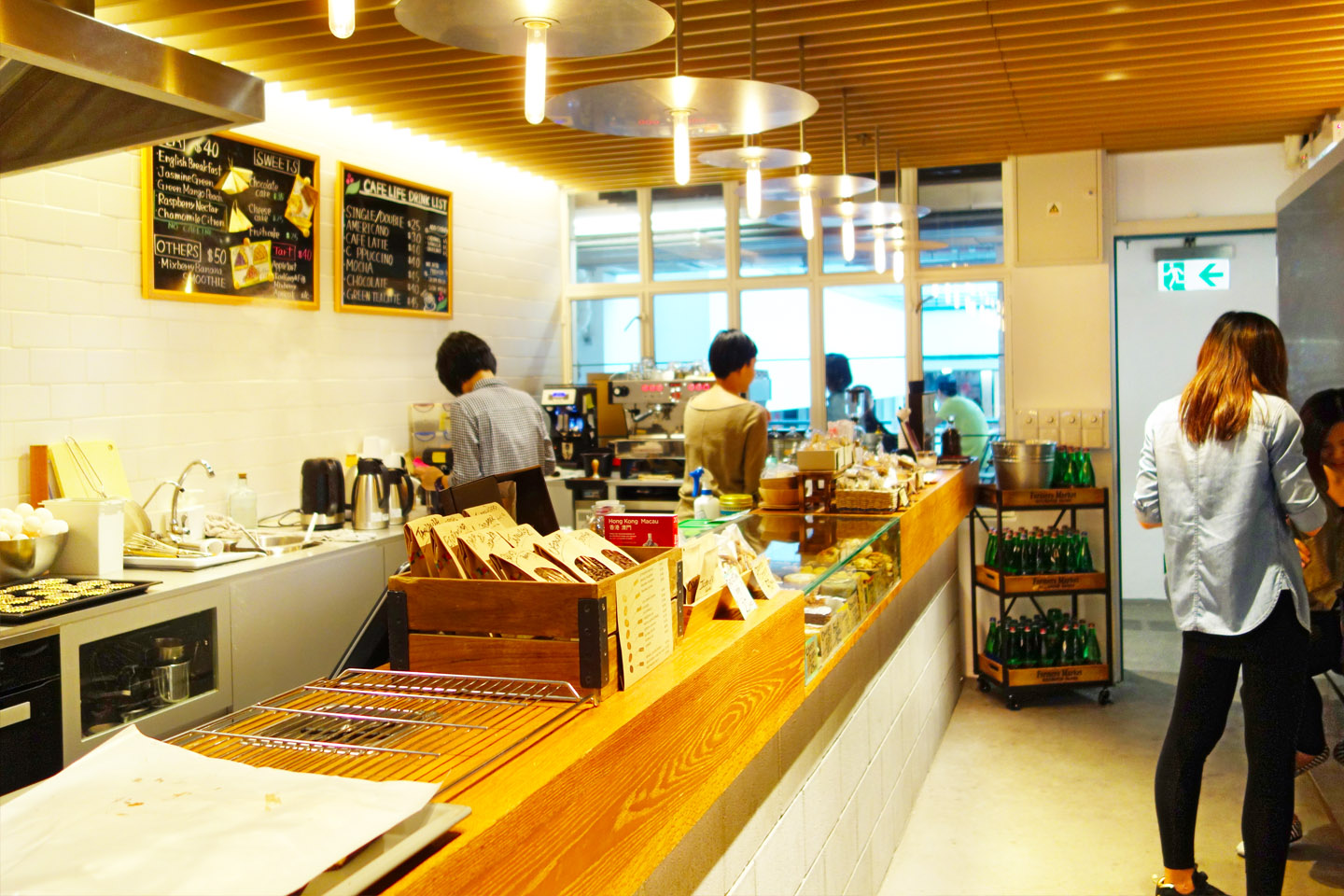 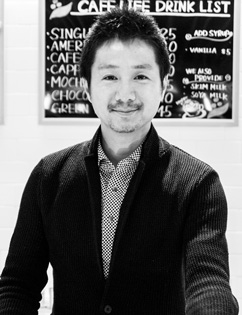 “It wasn't enough just to provide good coffee. We wanted to bring the hospitality of Japanese culture to Cafe Life.”

From a young age, Café Life co-founder, Takashi Endo, had dreamt of one day owning a coffee shop. Growing up in Japan, he developed an interest in coffee early on, frequenting specialty cafes like his favorite, Café de Lambre in Ginza which has been open since 1948. While working for an investment company in Japan, he was moved to Hong Kong in 2012 and quickly found a lack of specialty coffee shops that provided the same hospitality and experience that he was accustomed to in Tokyo. When the revitalized PMQ in Central opened its doors in 2014, Endo-san took the opportunity to share his passion with a shop that not only offered great coffee, but also provided the hospitality of Japanese culture. This thinking influenced even the layout of the shop and is the reason why when you step into PMQ today, the seating is in a long bench directly facing the barista counter so that he could chat and get to know each customer. We asked Endo-san about his philosophy on coffee and his passion for the industry was evident as he took out his notebook to draw out his thoughts. “There are 3 key things that make up the quality of roasted coffee: the quality of the green beans, suitable roasting for that bean and the time between roasting and consuming” says Endo-san. “We’ve chosen air roasting over drum so that we could roast our coffee in-store every day in smaller batches. This way, the beans are always at their freshest. It also cuts down the labour cost so that we can afford to source higher quality beans.” His connection to his motherland is still strong as all of his beans come from his supplier in Japan. “In Japan, the coffee market is much bigger and because of the volume being imported, our supplier is able to source higher quality beans at a lower price” says Endo-san. “They are incredibly detailed oriented and use a very strenuous screening process to check the quality of the beans, filtering out anything that doesn’t meet the standard”. Endo-san also tries every batch of coffee himself but not usually by cupping as most third wave shops do. He sees cupping as just one way of learning and discovering coffee but he prefers to simply brew them in the same way that his customers would so that he can experience it in the same way. With a few sips of coffee left in our cup, we took the chance to ask him a few personal questions. What is your favorite way of making coffee? Nel drip – this is one of the most traditional Japanese styles using a flannel cloth dripper. It retains more of the coffee oil that is missing when using paper filters, leaving a makes a rich, velvety and sweet cup of coffee. When we didn’t have a lot of money back then, we couldn’t afford to throw away paper filters so we’d cut up old shirts and make the drippers ourselves. It uses a much lower ratio than the typical drip at 18g of coffee to 50g of water, served in a piccolo glass. Which region’s coffee do you prefer? Tanzania is my favorite year round. The Indonesian is also a favorite of mine that I love drinking over ice in the summer. What's your favorite drink (that isn't coffee) Vodka What were you doing before UCR? Working for an investment company. What’s your favorite suburb in Hong Kong? I love the Star Street area in Admiralty because it reminds me a lot of one of my favorite areas in Japan, Aoyama. How do you spend your days off? I’m a big fan of soccer and have joined a team since moving here.