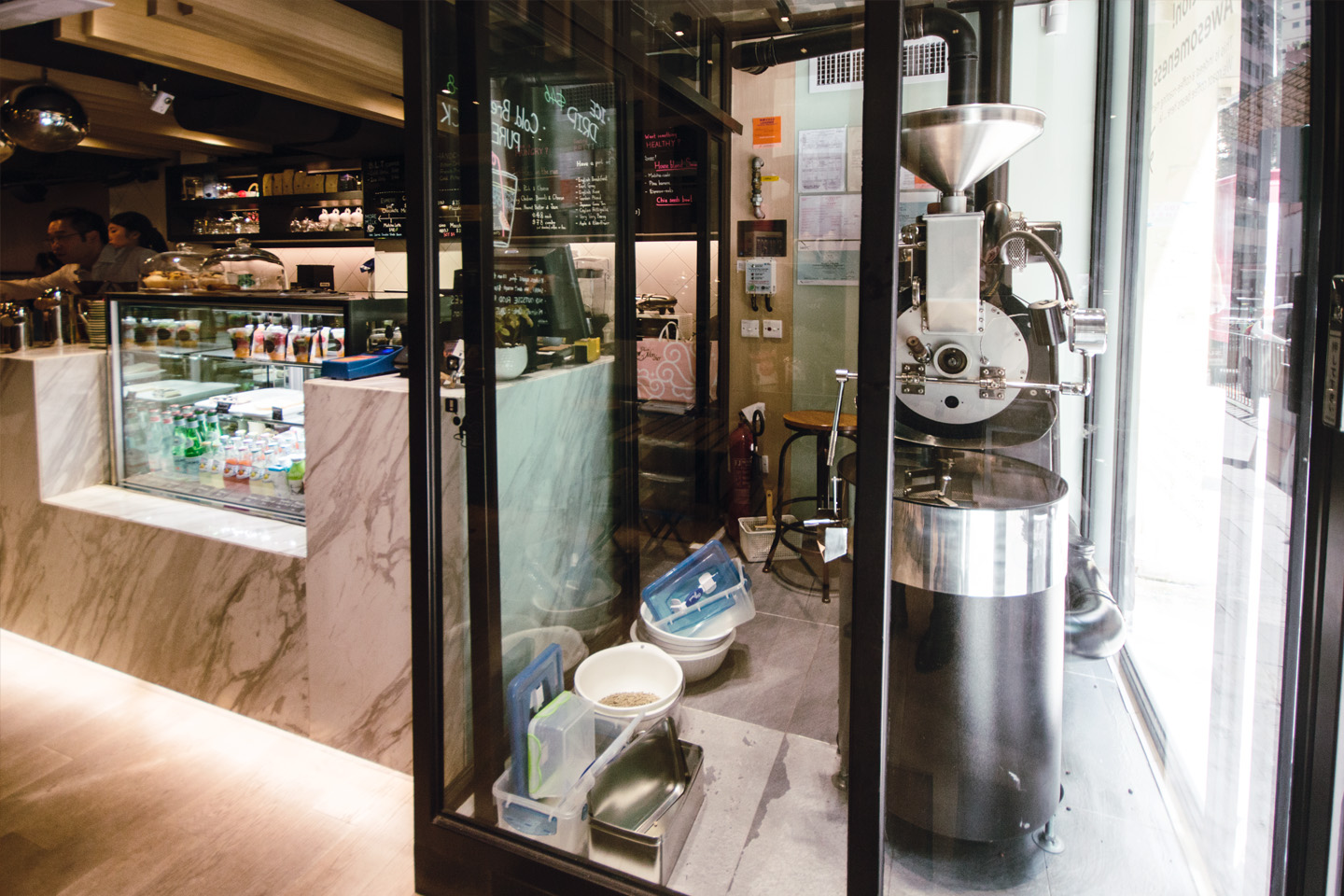 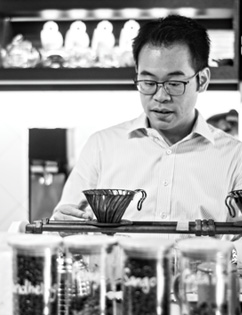 “Roasters are the composers and the baristas are the instrumentalists. To make a beautiful end product, they must work hand in hand.”

“Caffeine has been a part of my life for as long as I can remember, starting from primary school when I was drinking milk tea from the local Hong Kong cafes. The coffee habit started after I moved to a small town near Toronto, Canada for secondary school and discovered Tim Hortons (i.e. the iconic Canadian donut and coffee chain). I still remember back in those days when I would skip class, go to Tim Hortons for a coffee and just hang out with friends. It definitely wasn’t the best coffee but it brought everyone together, plus the aroma it gave off was amazing and still nostalgic to this day. After a 7-year stint in Canada, I moved across the ocean to the UK for post secondary in Conventry where the coffee wasn’t very good at all. That was when I started bringing in my own coffee and making it myself because there just weren’t any good options at the time. When we decided to start Filters Lane in 2014, it took sometime to set up because we wanted to make sure we got the experience right. We wanted to offer a full sensory experience, touching on everything from sight and smell to taste. From the beginning, we knew we wanted to roast out own coffee to be able to control the flavours and profiles that are highlighted in each coffee. We were also intentional about placing the roaster right at the front window of the shop to trigger curiosity from those wanting to learn more about the process of preparing coffee. We’ve had a lot of customers come up and tell us that this was the first time they’ve ever seen a coffee in its green form. The team in our shop work together like an orchestra; the roasters are the composers and the baristas are the instrumentalists. Much like music, the roasters will have an idea of how something should be done, but the baristas might have their own interpretation. To make a beautiful end product, they must work hand in hand “ What were you doing before Filters Lane? I’m a registered barrister and was previously practicing law. I’ve put that on hold for now and have my focus on the shop. Are there any roasters or coffee shops that influences what you’re doing with Filters Lane? We were heavily influenced by what the guys at Monmouth Coffee in London were doing but overtime, we’ve evolved into our own style. How would you describe your roasting style? We generally roast a little differently from the conventional roaster. Our espresso roasts tend to be lighter while our filters beans take on more of a medium roast. It makes for a very interesting shot of espresso but sometimes our baristas will over caffeinate themselves just tuning the espresso machine for these tricky lighter roasts. Once they get it though, it’s unlike anything that most shops serve. What are your thoughts on the Hong Kong coffee scene? Most people in Hong Kong still just prefer milk based drinks and are used to a certain bitterness when it comes to coffee. The general public is still very influenced by the palette that the big commercial brands like Starbucks or Pacific Coffee have dictated. There are an increasing number of people asking for filter coffee and more are starting to become curious, asking questions like “why is this coffee better? What is the difference” but they still form a relatively small percentage. Change takes time though and there’s surely a shift happening. What about the quality of coffee offered in Hong Kong? Starting this year, I’m finally comfortable saying that the quality of coffee in Hong Kong has become noticeably good. We’re still not on a world class level but we’ve made large strides in getting us closer to that point. Which region’s coffee is your favorite? Right now I’m a big fan of the coffee coming out of Colombia. We typically associate Colombian coffee with nutty notes and a caramel sweetness but they’ve evolved into something very interesting. The fruitiness of some of the crops we’ve tried lately has been nothing short of amazing. How do you take your coffee? It’s never the same. Usually when I visit a new shop, I’ll try their espresso, piccolo and a filter to explore what others are doing. When I’m at Filters Lane, it really varies depending on how I feel that day. What’s your favorite area in Hong Kong? My team always makes fun of me for it but my life in Hong Kong for the most part is along the mid levels escalator. My family has lived in this area for over 80 years and I don’t venture out very often. If you could be doing anything not coffee related, what would it be? Something else in the food and beverage industry. I find it to be a very interesting field where you’re doing everything from supply chain to retail. It’s highly demanding but I believe that if you can be successful in F&B then you’re going to be ready for anything. You travel all around the world and have tried coffee from a lot of places. Which is your favorite coffee spot? Drop Coffee and Johan & Nyström in Stockholm. Their coffee is roasted to perfection - light but not underdeveloped while retaining all the beautiful traits of each coffee. What’s next for Filters Lane? We plan to open more locations but not just blindly doing so as quickly as possible. Quality is our priority and we won’t expand unless we’re certain that the quality can be maintained. I’ve seen it happen plenty of times to other shops where the quality drops and sometimes it’s irrecoverable.

Honduras Finca Altos de Erapuca Finca Altos de Erapuca is a new coffee farm established in 2008 and its second crop was only harvest in December 2014. At an altitude of 1,300 to 1,360 meters above sea level, owner Carlos Refrain Paz Sevilla recognised the land’s great potential for producing coﬀee. With years of experience in coffee through the management of other family farms Carlos planted the farm entirely with Catuai. The farm is located in Copan, on the slopes of Erapuca, Honduras’s second highest mountain. Ethiopia Liyu Guji Liyu Guji comes from the Sidama zone in southern Ethiopia, a relatively remote district found in East Sidamo and was named after one of the tribes of the Oromo people. This coffee is grown at an altitude of up to 2,000 meters in accordance with the local traditions without the use of chemicals. The coffee plants are grown by smallholders in their back gardens.